Entry closes on April 2nd, 2014 or when the maximum of forty entries is reached. Ten finalists will be selected in the first stage of the contest and these will go on tour with NVC Netherlands Packaging Centre to packaging exhibitions including interpack 2014, Empack 2014 and Macropak 2014. The ultimate winner of De Gouden Noot 2014 will be announced at the NVC Packaging Innovation Dinner, which takes place on September 30th, 2014 in Utrecht (The Netherlands). To enter the contest, please visit www.degoudennoot.nl.

NVC (founded in 1953) is the association of companies addressing the activity of packaging throughout the supply chain of packaged products. The NVC membership, projects, information services and education programme stimulate the continuous improvement of packaging. 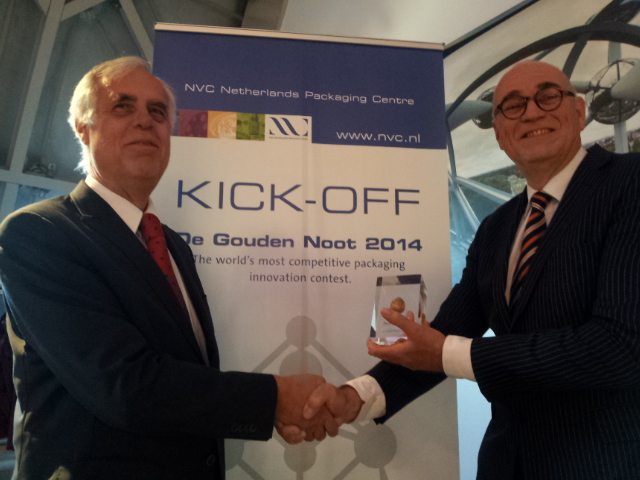