On Thursday 24 November 2016 the Award Ceremony of Packaging Innovation Contest De Gouden Noot took place. This festive evening, including dinner, was held at the Evoluon in Eindhoven, the Netherlands. Master of ceremony for the Award Ceremony was Francesca Vanthielen. 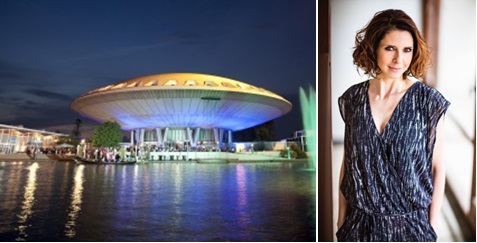 The winner of De Gouden Noot 2016 was announced during the first part of the evening. Chairman of the jury Onno Omta handed over the trophy with the solid gold walnut inside to one of these finalists.

As always we addressed a topical theme during the second part of the event. This year we addressed ‘Fintech’, in particular crowdfunding, as a way to finance packaging innovation.

Earlier that day the General Meeting of Members of the NVC took place at the same location.